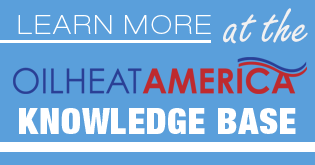 With a full-service Oilheat provider, you get direct, personalized service.

If you think that America gets most of its Oilheat from overseas, think again. America now produces more oil domestically than it imports, and U.S. oil production helps create jobs and support the economy, both in North Carolina and across the country.

Oilheat is blended with American-made biodiesel to create Bioheat® fuel, a clean,green and plentiful energy source that pushes North Carolina closer toward energy independence while creating additional agricultural jobs for our state.

Oilheat dealers are part of the community. The majority of full service Oilheat dealers live in or near the North Carolina communities they serve, and participate in local civic and service organizations.

Find an NC Oilheat dealer near you

It isn’t just North Carolina homes that enjoy the benefits of Oilheat. Many North Carolina landmarks, including universities, businesses and government facilities, also count on Oilheat for reliable warmth and comfort during the colder months.